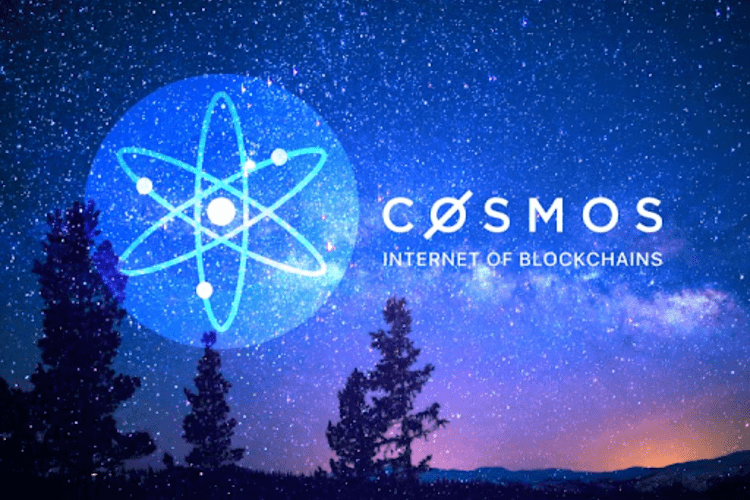 With the Merge underway, BTC, ETH, and most altcoins sold off heavily, but ATOM is bucking the trend.

The Ethereum Merge has finally taken place. Fortunately, everything went smoothly without any major hiccups. Several analysts predicted the event to be a “buy the rumor, sell the news” event, or perhaps the hotter-than-expected consumer price index print on Sept. 12 was the real catalyst for the current market rally.

Regardless of the reasons for this week’s downturn, the Merge is over and in its wake, bulls are left holding a whole lot of nothing. It’s likely that a new bullish narrative will need to emerge, or analysts will need to keep a close eye on smart money to see what assets they elect to rotate into.

Remember, “The Merge,” according to so many “smart” people, was meant to be a bullish event that would possibly send Ether (ETH) price higher and the treasure trove of hard fork ETHPOW tokens was meant to magically materialize multi-billions of dollars in liquidity which would likely inflow to Bitcoin (BTC) and help the ailing asset to break out of its current range.

Well, none of that happened. It’s not to say that it won’t happen, but the current reality is a market painted in a bright shade of red. Bitcoin’s Sept. 15 drop below $20,000 induced a marketwide correction resulting in double-digit losses for a majority of altcoins and at the moment, there isn’t an easily graspable story for investors to interpret as bullish.

Not everything is dumping

There does happen to be an outlier, and its name is Cosmos (ATOM). To the surprise of some, it’s one of the few green assets on the charts on Merge day. Currently, the altcoin reflects a 9.4% gain and it has rebounded strongly off its Sept.14 low at $13.19.

The previous analysis discussed how ATOM price trades within an ascending channel, riding above the 20-day moving average and suggested that dips to and under the moving average reflected good purchase opportunities. A simple technical analysis of ATOM’s price action would focus on:

Let’s briefly investigate a few of the possible factors behind ATOM’s bullish momentum.

Protocol migration, liquid staking, a rising TVL and the potential of IBC

A number of protocols pivoted away from Terra after its implosion and re-launched on the Cosmos Hub SDK. In September, analytics firm and protocol builder Delphi Digital also announced that it had selected Cosmos as its primary blockchain to build new projects on.

When projects build on Cosmos Hub, value accrual to ATOM often results because decentralized finance (DeFi) protocols and other decentralized applications (DApps) will participate in the network’s interchain security system which works over IBC. Inter-Blockchain Communication protocol (IBC) is basically an “internet of blockchains” and a bridge that allows the cross-chain transfer of tokens and secure interoperability between different blockchains.

Typically, the DApps, automatic market makers (AMMs) and DeFi-style platforms built on blockchains offer staking and the fees generated from this are oftentimes shared among stakers.

Staking ATOM currently offers a 17.75% APY and, according to Staking Rewards, 66.75% of the available circulating supply is being staked. Cosmos is set to launch liquid staking, a phenomenon which when deployed in other DeFi platforms on other blockchains resulted in increased buy pressure on the ecosystem’s native token(s).

Data also shows a steady increase in the number of unique delegation addresses in the network.

Multiple Cosmos ecosystem platforms, including COMDEX, are set to launch their own stablecoin CMST, and it is likely that assets locked and staked within the platform will “back” the $1 peg of said stablecoins. Given the structure of the Cosmos Hub and IBC, it seems likely that ATOM will be one of the primary assets used in the “minting” process.

Of course, the total value locked (TVL) within the Cosmos ecosystem collapsed as DeFi and the wider crypto market succumbed to the bear trend. This figure has yet to recover in a notable way, but the chart below shows notable inflows in the last seven days. This will be a figure to keep an eye on alongside ATOM’s price.

Supply-side revenue reflects the amount of transaction fees that are allotted to validators, while total revenue is the total transaction amount paid by protocol users.

Protocol revenue, on the other hand, is the amount of transaction fees that go to protocol, who are holders of ATOM and possibly share a portion of this revenue with platform users and stakers.

Essentially, what we see is Metcalfe’s law in effect. As the ecosystem grows, the network grows, total value locked increases and liquid staking gives additional utility to staked assets, which also enter a cycle of being purchased, staked and minted to stablecoin or IOUs and then used within the ecosystem to fuel additional growth.

The views and opinions expressed here are solely those of the author and do not necessarily reflect the views of Cointelegraph.com. Every investment and trading move involves risk, you should conduct your own research when making a decision.